OK, let me explain the situation.

You’re a robot built to help anyone who needs it, and there are a lot of people who need it right now. Why? Oh, just the fact that aliens are trying to literally explode EVERYTHING. Oh, and that portal? Don’t worry, it’s just a trans-dimensional wormhole that’ll take you literally anywhere you’re needed.

If you need help just text me.

BOTS FOR HIRE - THE PIXEL TOWER

Bots For Hire is a 2D action platformer similar to Mega Man or Contra for Windows, Linux and Mac. It’ll be released in 2016, with a demo being released in November or so. It’s gonna be a free game, with no preorder or any paywall.

Seems cool. I’d like to see this on Game Jolt.

Thanks! I’ll put it up there as soon as I have a presentable demo; right now it’s it’s just a couple platforms so I can experiment with the engine and get everything tweaked correctly.

Good luck, but I have a question. Which programming language are you using ?

Construct 2 uses a GUI for coding, however it is based on javascript.

Ah, I see. Well, expect some support from me. I’ll be watching the development.

Though I haven’t a way of contributing to the project, I’ll happily oblige on the moral support front!

Thank you! I intend to put everyone who shows support towards the game in the credits when I’m done (as in your usernames).

Thanks! I think that one’s the most urgent lol

Development is going well at the moment, however I still need the help if somebody’s willing. If you have any skills in relation to game development (be it sound, graphics, coding or anything else) please Private Message me.

(Sorry for the multiple posts in a row, I’ll try and cut down on that from now on.)

So if it’s web development related then I’d help.

I’ll write a tragic backstory for the main character.

“AND THERE HE STOOD, OUR VALIANT HERO, MOURNING THE LOSS OF HIS FAVOURITE TV REMOTE. HIS HEART WAS HEAVY, BUT HE COULD NOT LET THAT STOP HIM FROM VENTURING FORTH TO RESCUE HIS GIRLFRIEND OR WHATEVER.”

“AFTER THE MURDER OF HIS BELOVED DORITOS BAG, OUR HERO FINALLY REALIZED THAT THE ONLY WAY TO RETRIEVE THE TV REMOTE FROM UNDER THE SOFA WAS TO GO VISIT HIS GIRLFRIEND TO GET IT FOR HIM. AND SO HE VENTURES FORWARD.”

I might actually use that, if that’s OK. You’ll be credited as Writer in the credits.

I can actually do that? Okay, I’ll be executive pro-director writer steven spielburger. What’s your steam?

Development is going well at the moment, however I still need the help if somebody’s willing. If you have any skills in relation to game development (be it sound, graphics, coding or anything else) please Private Message me.

Well I am skilled in zero of those things (besides coding, but I don’t use Construct), so I’ll just have my job be official space monkey humorist.

Great, our previous one stormed out on us, so we’ll be glad to have you on board.

That is the weirdest ‘2’ I have ever seen.

but apart from that 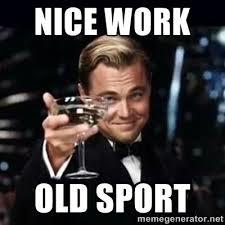