What Happened with COD?

Sincerely, Call of Duty is almost dead, Sledgehammer need to bring the Call of Duty next year’s, but not futuristic, so cod will revive strong, and very strong, but what do you think of the last cod (Infinite Warfare)? Well, I liked it, like everyone else, but I’m just talking about truths.

We are all sick of futuristic, boost jumping BS. The community has said for years that we want WW1 oe WW2 again. Activision didn’t listen(as usual, those greedy a-holes), and look how its turning out for them.

Everyone hates Infinite Warfare. The ONLY reason people will still buy it is for COD 4 Remastered. But with only 10 maps, people still will think twice.

And after looking at Infinite Warfare, go over to Battlefield 1. It is everything that the COD community has been asking, and the likes on it’s trailer shows that.

I am not a COD player anymore. I started to give up when Ghost’s came out, and fully gave up when AW came out. And I tried Battlefield 4, and I really liked it, I just never got hooked on it. So, I moved on on to stellar games like Fallout 4, Skyrim, and The Witcher 3.

I know this has been a long rant, but here is my point. As a guy who generally hates every single FPS game nowadays, I can tell you that COD is going to suck and lose this year, as Battlefield will win. I am even going to buy Battlefield, my first FPS game in almost 2 years.

So I hope COD dies. I have great memories of COD when I was younger, but still, it needs to die. It would be the best thing for the gaming industry.

That and the death of microtransaction. But don’t get me started on those freakin’ things.

Because one word.
#noscope

Noscope… I hate it when you have a game with realistic shooting with a sniper rifle, and Call of Duty kids go “Fag!!! You hard scoped and camped!! U suck fag!!” Boils me slowly inside…

Call Of Duty… Started as a FPS in WW…
And now… It’s about space and futuristic…
I mean, what is this supposed to be? (vomit alert) 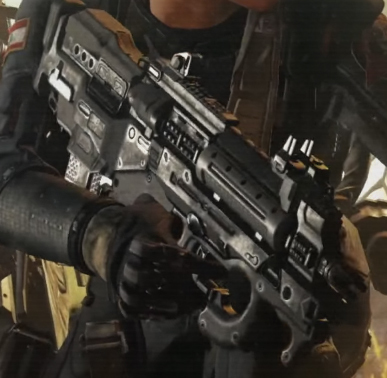 The pain on sight of this “P90” + the pain of waiting till 24th of May… Yes, I have the “Overwatch Withdrawal Syndrome”. Oh well, to those who might play Overwatch, see ya out there maybe?

Well, just as I said COD is dying, but what do you think, Sledgehammer can save this franchise in the coming year? “Do not miss the next episode!”

the game just followed the natural course. Had 4 CODs of World War II (1, 2, 3 and WaW), 1 of the Cold War (BO1), 4 Modern Warfare (trilogy MW and Ghosts), and 3 CODs of future war (BO2, AW and BO3) now with the IW will close 4 of the future war. That is, has several CODs for each season, just missed another of the Cold War era.

Now it became some bullshoot that kids even like this game and they even screams on their mic
######oh wait. thats me

Activision didn’t happen, or at least not now specifically. They were always involved, even all the way back in 2002 when CoD first released. I’d say the need for innovation happened, and as such they scrapped what worked in favour of being a less good version of Titanfall.

I meant that they came up with some ideas that many don’t like.

Not really, they don’t make them, Infinity Ward/Treyarch/Sledgehammer do. But shareholders, I guess.

I mean, let’s be honest. What didn’t happen to cod

I mean, let’s be honest. What didn’t happen to cod

and.[quote=“Uptown_Hoovy, post:10, topic:20617”]
some bullshoot that kids even like this game and they even screams on their mic
[/quote]

Which game company is worse?

I refuse to vote, they’re both as bad…