Hey guys, I saw comments on Giant Bomb regarding piracy and felt the need to respond to one of them. I’m linking to it there, would be a good read if you can. Also, I will post it here too. This was initially talking about this game’s pirated version being put out by Greenheart Games: 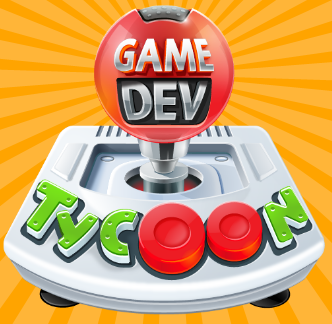 Ok this is a pretty funny story. I never heard of this game but Greenheart Games released a Dev Story like game on Windows/Mac/linux but instead to us

**"**That is very clever, but sadly way more interesting than the game itself to me.

One thing that annoys me when people start talking about piracy, though, is when they say that most of their users are pirates. Well, of course more players would play it if it’s free. The game is $8 per copy! (Kinda ridiculous that $8 feels like a high price, but now $8 can buy so many other great games.) What I’m really curious about is how it’s actually affecting their sales/revenue, whether it increases awareness or makes the games sell less or whatever, but nobody seems to care enough to research that… or I’m just not aware of any serious research like that."

Here was my response:

But why would it “annoy” you for a small indie game developer (or technically any game developer for that matter) to put it out there that 93% of their players have pirated their game? Why is that a bad thing to put the awareness of that out there. And it annoys you because “of course” 93% pirated the game since it’s not free, so kinda-sorta indirectly scolding them for the price they chose? I’ve seen similar games that are $20. $8 for a brand-spankin’-ass new game isn’t horrendous at all, and was already on sale for $5 shortly after release, and goes on sale very very often. Now, for the people who are unemployed or teenagers not able to work yet that wanna play the game, yeah it might seem like alot, but that’s what jobs and income are for, to participate in your economy, to be able to buy and sell stuff that you want in life.

Now, onto more of the piracy portion of this discussion. Point #1, why should it even matter how the piracy affects the company’s bottom line? That shouldn’t even matter, because most companies work very very hard on their games, spend alot of time crafting it to their likings, do they really deserve their game to be pirated? It’s absolutely unfair to the developers who spent their time and money on creating the game, and how piracy might or might not affect the company should have no bearing on it. I understand why the other side say it does matter because a big conglomerate like Electronic Arts should have no problem with people pirating their games. Even if somebody feels that EA is total scum on the Earth, they still create games and spend their time and money on it. They make games for a reason, to sell their creative works to buyers and to make money. If they knew their games would be free, they wouldn’t be doing it in the first place, it’s not operating as a charity. BTW, they did offer The Sims 4 completely for free at one point for I think an entire month, and it’s en expensive game too, but I digress. So that’s just for a huge game developer, but what about the small indie developers? Most of them either barely break even or have a small profit, depending upon the success of their game(s). Esepcially knowing it’s a small indie company, why would it annoy you for anti-piracy advocates to stand up for the rights of the developer making game(s)?

The consumer doesn’t have free reign and rights when it comes to stealing a product. You don’t walk into Walmart and say, “Ohhh, Walmart is such a huge conglomerate, their bottom line won’t be affected by me stealing this game off their shelf.” It’s the same exact thing, except that online piracy feels less wrong because they’re doing it on a computer in the privacy and comfort of their homes and not having to worry too much about getting caught by the police. Not only that, but the whole mantra of doing it because “everybody else does it” is kinda convoluted. If 70% of people have shoplifted in a physical store, you wouldn’t say oh it’s fine to do that cuz most people do it. But the spirit of what they’re doing is exactly the same, wanting to circumvent the cost of paying for a product that is on the market for a reason, no matter how you feel about the company selling it, they have a right to sell their product and not have people stealing it whether in-store or online.

Now, I’ll be the first to admit that way back when, I downloaded The Sims and think The Sims 2. Well, not the base games but the expansion packs mainly. I admit that, and it was wrong to do. I was younger then, and no excuse for me doing it, but I was o a younger mindset then and wasn’t as mature in my thinking when it comes to what it really means to do something like that. Napster was great, I loved it. When KaZaA came out, and eMule, they were great, it’s how I got all those Sims games, but again it was wrong on my part. I’ve since bought The Sims 3 and The Sims 4 online the right way, and I just bought 2 expansion packs for The Sims 4 just the other day (I bought the base game way back in 2016, lol). So sometimes you might have to wait longer to buy a game or an add-on for an existing game you bought, but so what, just do it the right way and stop stealing a company’s creation, no matter how badly you want it.

I’ve had Game Dev Tycoon since 1/1/2015, only like 3 months after my very very first Steam game, Space Engineers. Now I’ve got 1,400+ Steam gams and all without piracy. Not only this, but I’ve never held a job making more than $12/hour and half or more of this period I wasn’t even working. Steam and several other legitimate websites give such huge discounts on so many games, there’s even less of an excuse to complain about high prices to the point where you need to pirate because of it. So anyhow, I had GDT for 5.5 years now, and just found out today the story about Greenheart Games putting out a pirated version of their game themselves, uploading it to file-sharing site and letting it run wild. Totally awesome to know that these thieves would then complain about their virtual games within a game about deveoping games being pirated to the point that it’s bankrupting them, or at the very least causing a dip in their profits. It’s such huge ironicy it’s hilarious. Just imagine if those pirateers were putting out real-life games and saw the exact same thing happen in their company because of piracy, would they maybe then understand a company’s position and stance on piracy?

Sure, some companies say they feel it’s good to have it pirated, increases awareness and all of that. Now, if they’re encouraging it, then by all means don’t feel bad about doing it, but you don’t find that extremely often. And to know how small Greenheart Games is as a small indie studio and to say that it’s annoying when people talk about piracy and desire to know how the piracy is actually affecting their company, as if that should change whether people outright steal a game off an online shelf, that’s just ridiculous to me on many levels. Welp, this was a long-enough ranting and raving, hope some of you like reading it.