Business games need development time spent on tuning their economies. Judging by the presence of “Virtual Economy” as one of the features in World Design, that’s a World Design step. Meanwhile, business games in the real world rarely focus much on their graphics. They can be built with downright aging graphical setups without their sales suffering - and a business game which is slowed down by its graphics will suffer a hit in the marketplace. “Minor” graphical slowdowns have extra nuisance factor for players who aren’t paying attention to the graphics in the first place.

The Slider Allocation and Features you add mainly depend on what genre you choose, not what topic. If you want the devs to add topic info, it’ll take a while for them, because they would have to write the info for each and every topic, with genre

Genres are the baseline. Some topics modify from there.

No, Thats Topic and Genre combination. Im talking about the Development Stage (i.e. the 3 phases). It soley depends on what genre you choose, not what topic.

On the wiki itself, it shows that there are only slider rules on genres. The only thing topic has to do with is the combination -_-. There’s a high chance(so im not saying that it’s 100%) that slider rules only follow genres. Check the wiki if im wrong. 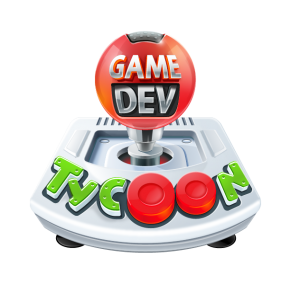 Game Development Based on Experience/1.4.3

Where does it say that there’s topic slider rules?

The wiki is out of date. First up, check the official changelog:
http://www.greenheartgames.com/game-dev-tycoon-changelog/

From the 1.4.0 changelog: - New: Increased the importance of topic choice when judging development decisions.

I can do better than that, though. Let me get you some screenshots. I can pin a topic shift to the wall for you.

Update: Topic Shift Retrieved! Note the difference between a normal simulation topic and the racing topic when used for simulations. Racing games need more care and attention to their sound!

While I’m at it, have the full hintset for Mystery Simulations:

Mystery Simulations are markedly different from other simulations!

Good eye, You got me xD. Must’ve passed that when I read the changelog. Nice find. I am more used to the older wiki since that’s what I have been using.

I wonder if topics only affect slider importance.
It would be nice if certain game features were also more important than others, depending on topic.
Day/night cycle sounds important for Vampire games, though i doubt its reflected in game.
Realistic weather on the other hand sounds ridiculous for space themed games.

I can’t godamn see it it ain’t load in